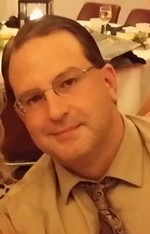 William enjoyed strategic gaming in his free time and his favorite thing to do was spend time with his family. He was the most loving son, father, husband, brother and friend.

Contributions may be made to American Foundation for Suicide Prevention, CNY Chapter or National Alliance on Mental Illness (NAMI Syracuse).

All rights reserved. This obituary is also archived at obittree.com