To share your memory on the wall of Patricia Worden Masten, sign in using one of the following options:

Provide comfort for the family of Patricia Worden Masten with a meaningful gesture of sympathy.

Patricia Dougall Worden Masten, 86, passed away peacefully on Thursday, May 9th after a long battle with Parkinson’s disease. She is predeceased by her first husband Charles Worden (1987), her second husband Carlton Masten (2016), and sister Roselyn Dougall (Bruce) Stewart.

Born in Syracuse, NY, Patricia was the daughter of the late Edward and Hazel Dougall, owners of the well-known Dougall Greenhouses which were located at the top of East Colvin Street hill near Morningside and Oakwood Cemeteries.

Patricia graduated from Syracuse Central High School in 1950. She was passionately interested in education and history and continued to enjoy classes at Syracuse University, OASIS and ELDERHOSTEL for many years.

She began her career at General Electric in the Sales and Advertising Department. She then worked for WIXT Channel 9 television for 12 years. She was later named Executive Director of the Preservation Assn of CNY and opened the first historical house museum in Syracuse, the Parke Avery House in 1988. She arranged programs of interest in the history of Syracuse during the mid-19th century. She also worked for the 1890 House in Cortland and publicized their Centennial Celebration in 1990. She attended a seminar at the Metropolitan Museum of Art in New York City on museum management.

Pat and her first husband, Charles Worden were both very active in school activities and helped to draft the charter for the first Parent Teacher Group at the Jamesville DeWitt Middle School. They served as the first co-presidents when the school opened in 1967 and continued to serve in many functions of the schools. She was supporter of the Cub Scouts and served as a Den Mother enjoying their activities for several years.

Active in environmental causes, Pat was one of the founding members of the Coalition for the Protection on local and national environmental concerns. She also lobbied for the NYS Deposit Law, attending meetings in Albany to present the facts to state legislators as well as local civic groups, resulting in present day law requiring bottle and can deposits. In conjunction with this, she was a speaker for the International Women’s Year Conference at SUNY ESF on Citizen Involvement in Environmental Issues. She served for several years as a Commissioner for the Town of DeWitt Advisory Conservation Commission and was a representative to the Onondaga County Environmental Management Council. During this period, she was most interested in the White Lake Wilderness area of DeWitt. She worked with officials of the town, county and state with the owners of Allied Chemical Quarry who at that time owned this land, as well as professional experts on the geology, archaeology, wetlands, wildflowers and history of the areas, to advocate the importance of this land as a nature preserve. As a result, a covenant on the land was established to ensure the land remain forever wild in the natural state with no development. This covenant had been upheld in courts despite many attempts by the new owner to change the status of this land.

In 2003, she was a recipient of the Syracuse Post Standard Achievement Award for a lifetime of community service which included many patriotic endeavors. She was the leader in acquiring a piece of steel form the World Trade Center and Establishing a memorial with this steel for the DeWitt 9/11 Memorial on the grounds of the DeWitt Town Hall. She also led the drive to raise funds for erecting street flags on all East Genesee Street through the town of DeWitt from Memorial Day to Veterans Day. She spearheaded a drive for erecting a lighted 60’ flagpole at the corner of E. Genesee and Erie Blvd. in DeWitt for the Veterans Memorial flag.

As a long-standing member of the DeWitt Community Church, she has served in the Alter Guild and was chairman for four years and served on the church Board of Trustees. A charter member and Director of Public Relations for the DeWitt Historical Preservation Society, she has worked to preserve the history of DeWitt.
With classmates, who gathered for their Syracuse Central High School 50th high school reunion in 2000, she connected with others who felt the building should be re-opened for a new high school focusing on career development in advanced technology. The group formed a committee to work on the development of this project. Because of their efforts, the school was reopened in 2007 as the Institute of Technology at Syracuse Central to benefit the youths of Syracuse and Onondaga County.

Pat was also known for her beautiful perennial garden. She loved to share her plants with friends and neighbors. She believed her gardens were more important for others to enjoy and truly loved to talk with visitors who stopped to admire her gardens. She also loved the Syracuse Symphony and the Opera and attended regularly.

Carl and Pat travelled extensively and loved to take their grandchildren on trips with them in their RV. They made sure these trips were educational as well as lots of fun. Pats primary interest throughout her entire life, was her family and friends who will miss her love and enthusiasm.

Calling hours will be held on Thursday, May 16th from 4:00 to 7:00 PM at Eaton-Tubbs Fayetteville Chapel, 7191 E. Genesee St., Fayetteville. Services will be on Friday, May 17th at 10:00 am at the funeral home with burial to follow at Fayetteville Cemetery.

Receive notifications about information and event scheduling for Patricia Worden

We encourage you to share your most beloved memories of Patricia Worden here, so that the family and other loved ones can always see it. You can upload cherished photographs, or share your favorite stories, and can even comment on those shared by others.

Posted May 15, 2019 at 10:14pm
I worked as a housekeeper for Carl when he lived in Liverpool, then for both Pat and Carl after they got married. I remember the first time I came over to clean, Pat worked right along side of me. She wanted the upstairs windows cleaned and told me she would do the outside while I did the inside. We went into the spare guest room and she climbed out on the small roof. She wanted me to close the window so we wouldn’t miss a spot. Carl came in and told me it was okay. “She climbs out there all the time!” Wonderful woman. Always felt like part of her family when I was there.
Comment Share
Share via:
M

Posted May 14, 2019 at 09:02am
My deepest condolences goes out to the family. I am very sorry to hear of your loss. I hope you find great comfort in each other as well as in God's promises for the future. Revelation 21:4
Comment Share
Share via:
IW

Posted May 13, 2019 at 03:48pm
I was saddened to read of Pat's passing. She was quite a woman, something I knew personally and reinforced by reading her obituary. She inspired many by her leadership and organization for civic causes as well as environmental ones. And still had a gorgeous garden and took an interest in our family as well as many others. We will be returning from out-of-state on Friday and I'm sorry to miss what I know will be a service with so many memories of this dynamic lady.
Comment Share
Share via:
HS

Dreams from the Heart Bouquet was purchased for the family of Patricia Worden Masten. Send Flowers

Posted May 12, 2019 at 02:00pm
Andy & Family,
My deepest sympathy on your Moms passing. She was quite a Lady. May she rest in peace and your memories get you thru the difficult days ahead.
Sincerely,
Vicki Baker
Comment Share
Share via: 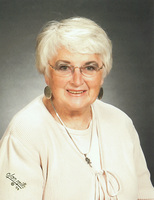 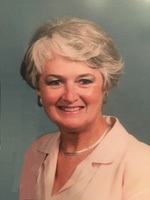