To share your memory on the wall of Richard Leo, sign in using one of the following options:

Provide comfort for the family of Richard Leo with a meaningful gesture of sympathy.

Print
Richard A. Leo, 79, of East Syracuse passed away at his home surrounded by his loving family on May 4, 2019.

Born in Syracuse on March 5, 1940, he was the son of Daniel and Myra Pickard Leo. He served in the United States Ar... Read More
Richard A. Leo, 79, of East Syracuse passed away at his home surrounded by his loving family on May 4, 2019.

Born in Syracuse on March 5, 1940, he was the son of Daniel and Myra Pickard Leo. He served in the United States Army during the Vietnam Era. Dick worked for New Process Gear as a painter for over 35 years.

He was a past commander and life member of the Arthur Butler American Legion Post 359 in East Syracuse. He was involved with AA for the last 26 years where he has many friends and helped many people. He volunteered and worked at Tully Hill for several years.

Dick was an avid Syracuse Basketball and NY Yankees Fan. He enjoyed many years camping, boating and fishing the Saint Lawrence River with his wife, children and grandchildren creating many lasting memories.

He is predeceased by his parents and sister Judith Seymour.

Calling hours will be Wednesday, May 8 from 4 to 7pm at the R.H. Schepp & Son Minoa Chapel, 6530 Schepp Corners Road, Minoa. A Mass of Christian Burial will be Thursday May 9 at 11am at St. Matthews Church, East Syracuse. Burial will be in St. Mary’s Cemetery, DeWitt.

Contributions in his memory may be made to the American Cancer Society.
Read Less

Receive notifications about information and event scheduling for Richard

We encourage you to share your most beloved memories of Richard here, so that the family and other loved ones can always see it. You can upload cherished photographs, or share your favorite stories, and can even comment on those shared by others.

Cliff and Love, Terry and Jo Ann Taler have sent flowers to the family of Richard A. Leo.
Show you care by sending flowers

Posted May 08, 2019 at 12:32pm
Condolences from the Robinson Family. Dick was great friends with Howie Robinson (Rich's Dad). He will be missed. Katy & Rich Robinson
Comment Share
Share via:
NC

Posted May 07, 2019 at 08:36am
Dick was a fine and honest man. I'm grateful for the privilege of knowing him. My condolences to all his family.
Comment Share
Share via:
HS

Flowers were purchased for the family of Richard Leo. Send Flowers 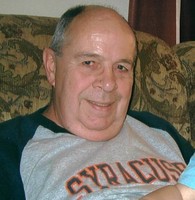 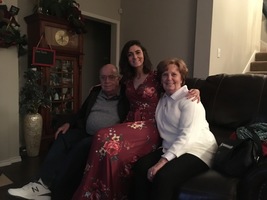 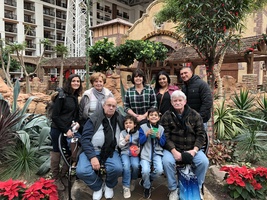 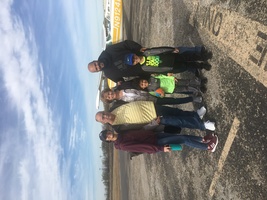