To share your memory on the wall of B.J. Boné, sign in using one of the following options:

Provide comfort for the family by sending flowers or planting a tree in memory of B.J. Boné

Provide comfort for the family of B.J. Boné with a meaningful gesture of sympathy.

Print
Madame B.J. (70) transitioned from Elder to Ancestor April 10, 2019. She was with her loving daughter.

Born in Little Rock, Arkansas, Madame B.J. was one of five children. She was the daughter of her Father, the late Mr. Lonnie Griss... Read More
Madame B.J. (70) transitioned from Elder to Ancestor April 10, 2019. She was with her loving daughter.

Born in Little Rock, Arkansas, Madame B.J. was one of five children. She was the daughter of her Father, the late Mr. Lonnie Grissom (a Garveyite, laborer, and entrepreneur of Caribbean/Jamaican heritage). Her mother was the late Mrs. Ethel (Williams) Grissom (a member of the Keaton/Williams family, agriculturalists for generations in the Arkansas-Mississippi Delta Region). She and her siblings were also raised by their aunt, the late Mrs. Anabelle (Grissom) Spain.

B.J. attended Little Rock City Public Schools during the era of battles for educational integration waged at Central High School through the Little Rock Nine Campaign in which the family was involved.

She was an excellent student, and active adolescent in her Hanger Hill community: singing mezzo-soprano solos with the Ward Chapel African Methodist Episcopal (A.M.E.) Church, training in non-violent direct civil disobedience, and organizing for Humanity beginning with the Civil Rights movement at a young age.

Through business entrepreneurship and public service, B.J. was a businesswoman and public official who led the consumer protection division as an Assistant Attorney General under former Attorney General Clinton, lobbied as a state registered lobbyist, and the Honorable Madame was elected as B.J. Harris the first African-American woman to serve in the Arkansas Constitutional Convention.

To her daughter, Nuriyah Angela Boné-Owens, B.J. was a heroic, singular woman and a marvelous mother whose mothering was profoundly enriched with Love, Loyalty, Learning, and Laughter.

Her memory is forever cherished by family, friends, neighbors, and community as “Shahada” (e.g., Grandmother, the one who Professes and Keeps the Faith).

Epic happened on earth as Shahada professionally grand mothered her pride and only grandson – Jeffrey Lonnie Lyndon Owens II and her hope and only granddaughter – Angela Anabella Owens II. In them are Shahada’s gifts to the world of her True Calling and Legacy.

In lieu of calling hours or flowers, 42 Divine Principles of MA’AT may be proclaimed in memories of the Honorable Beloved Queen Mother Shahada .

Contributions/Donations may be made in Shahada’s name to the Sankofa N.E.S.T. not-for-profit organization for which she is the guiding force and inspiration; PO Box 754; Jamesville, NY 13078.
Read Less

Receive notifications about information and event scheduling for B.J.

You will receive any future notification messages.
No funeral details available.

We encourage you to share your most beloved memories of B.J. here, so that the family and other loved ones can always see it. You can upload cherished photographs, or share your favorite stories, and can even comment on those shared by others. 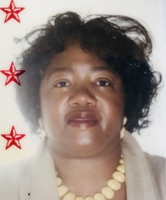